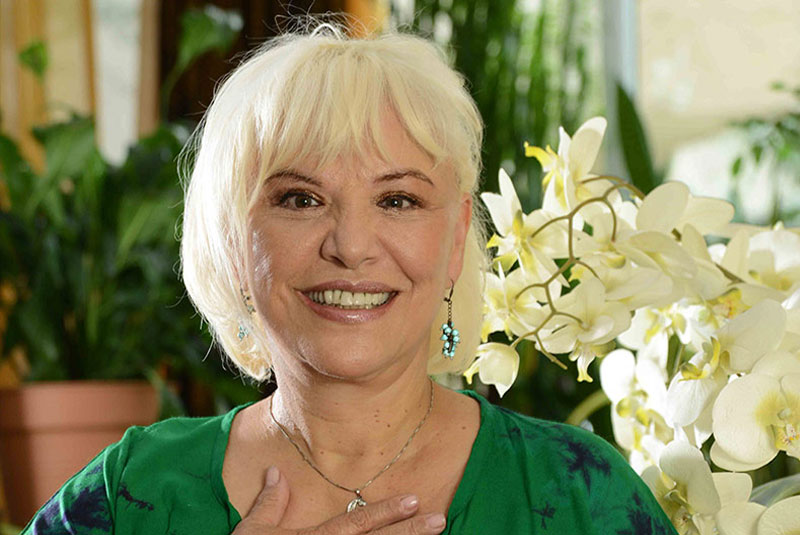 Gunes Tan was born in Mersin,Turkey, which is on the southern coast of Turkey (the Mediterranean coast). Her father was a Mechanical Engineer and her mother a grade school teacher.

At 2 years of age her family went to Germany and they lived there until she was 6 then they moved to the United States. Gunes went to grammar school and Jr. High School in the States. The family decided to move back to Turkey and she attended “TED Ankara koleji” for High school and then again they moved back to the States and she went to the academy and majored in Art during which she was married. Gunes is a mother of 3 children, two daughters and a son. Last city she resided in the U.S.A. was Chicago, Illinois

She resided in the States for a total of twenty years and now lives in Istanbul Turkey.

She never got the chance to follow her dream of becoming a world renowned artist because being a single mom she had to earn money to raise her three children. Both of her daughters where born in Chicago U.S.A. and her son in Istanbul Turkey.

In 1990 Gunes was diagnosed with major depression and panic attack syndrome, this led to physical illnesses such as Fibromyalgia, Rheumatoid arthritis (RA) is a chronic, systemic inflammatory disorder that causes pain, swelling, stiffness and loss of function in your joints. She had; Restless leg syndrome, Carpal tunnel syndrome, Weak immune system disorder, herniated disc in lower back and neck. Although she sought help in the medical field using prescribed medicine, psychotherapy and physical therapy along with alternate therapies such as acupuncture, hypnosis, meditation etc. nothing cured her and as time passed her symptoms got worse.

This is how her venture in integrative medicine started when her whole body was in severe unbearable pain she had a vision of her grandparents. In that vision they initiated her into an energy system. She named it in her grandmother Heaven’s name ‘the heavens touch’ which was transferred to her as an ancestral heritage through her grandmother and grandfather who in their time were well known successful shaman healers. As she used this system and learned how to master it she saw that all her illnesses were completely gone. She was free now to sit, walk and sleep without pain and she started to enjoy life again.

Afterwards when Gunes realized that 95 percent of the population had either in a physical, emotional or vital life crisis, she started working with people who desired it.

Gunes cured her own illnesses but she noticed that as life went on, she would live something and a reoccurrence of a symptom would appear and she would have to keep on applying energy to be healthy and happy.

Her thought was, if she was to help others she needed to find techniques that would give permanent results. This guided her into a search to find a system that would help to achieve radical change with fastness and permanency.

She finished many workshops and courses around the world such as; England, Holland, U.S.A., Hong Kong, Crimea, Russia, Australia, Hawaii etc. and became a certified specialist of all of these techniques.

But she saw that she wasn’t able to get permanent results with any of them this was her venture being after the Technique, which would create a total transformation and give fast and permanent results.

So she developed her own mind-altering techniques.

She says; I thought; “the bodies control center is the mind” it would be wise if one would create the change in the mind and realized that if one can empty the negative feelings or thoughts that an experience has created then one would get the results sought for (fast, lasting results). This helped her create ARTT (Awakening Rising Transforming Technique), which gives fast, permanent and radical results.
With ARTT you can get results in changing a person’s physical state, thoughts, emotions, beliefs, their character and life.
It’s easily possible to break the vicious life cycles and reach ones goals.

Her love in life is, to be a vessel in the recovery, success and happiness of living beings. To be constantly creating, discovering, exploring, there should always be motion, movement in life.

She says; ARTT in years has taken me to this point where I live life as if “in heaven on earth with health, enthusiasm, joy, abundance, harmony, happiness and love”.